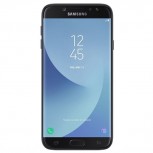 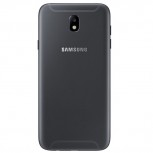 From the above look of the Samsung Galaxy J7 2017 and J5 2017 looks similar from the above images but also there is huge change in the design from previous year J7 & J5 series. Now the J5 & J7 has antenna bands running top and bottom at the rear of the device. There is Volume Rocker cum SIM tray on the left and Power Button and surprisingly speaker on the right of the device.As per Video the Micro USB port and 3.5 mm audio port at the bottom of the device.Front of the duo is unchanged with a physical home button embedded with a fingerprint scanner.There are two capacitive keys on both sides of the home button.

The J7 & J5 2017 will be available in a bunch of colours with Silver, Gold, Black and Pink.Surprisingly this time the J7 and J5 2017 body will be having IP54 certified endurance rating. 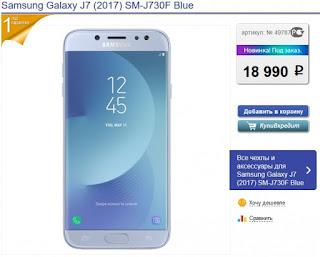 Samsung Galaxy J7 2017 will come with 5.5 FullHD, SuperAMOLED display this time compared to 720p HD display last time.The Chip is the same with Exynos 7870 which was even used on J7 2016 edition.It is now coupled with 3GB RAM and still using 16GB storage which can be expanded via microSD card up to 128GB.J7 2017 has 13MP f/1.9 aperture camera on both the front and the back.It also has NFC for Samsung Pay and even bike mode features.It is fueled by huge 3600 mAh battery now.It will be running Android 7 out of the box with latest Samsung UI.The rumoured pricing for J7 2017 will be Rs.22,000/- ($349). 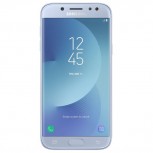 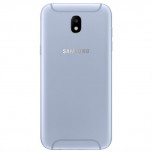 As of now, there are no details about the actual launch, we can expect it to launch anytime next month as the complete details are out.