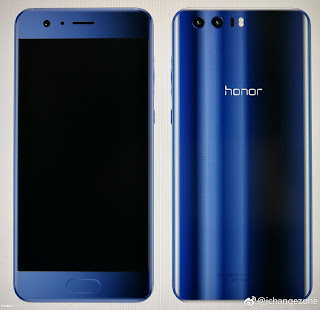 From the images we see some minor changes from last year Honor 8. The fingerprint sensor is now located at the front below the display which might be also an Home button.The design of Honor 9 is similar to last year Honor 8. it also comes with Dual camera setup at the back which even Honor 8 had. But now there is no IR blaster as there are no top or bottom view of the phone.

It is too early to comment whether the images leaked are legit or fake. The images were leaked in Weibo and was uploaded in SlashLeaks. As of now there are no details about the specification. So we have to wait until Huawei announces the Honor 9 officially.