Home Uncategorized HTC flagship the HTC U aka Ocean to launch on May 16... 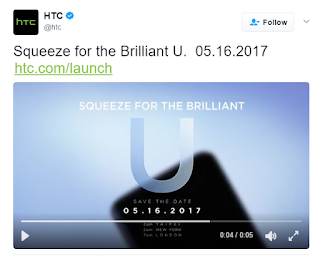 HTC real flagship for this year the HTC U aka Ocean will launch on May 16 as HTC tweeted on Twitter.It also includes five minutes teaser within the tweet.HTC U will be the first phone to come with squeezable display.HTC has also given the tagline for the phone as “Squeeze for Brilliant U”. 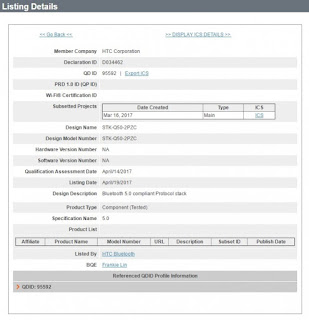 HTC U is rumored to come with SD 835 with 5.5 inch QHD display with Edge Sense feature.It will come with 12 MP camera at the back & 16MP camera at the front.It will have two storage options one with 64GB other with 128GB.It will run on Android 7.1 with latest HTC Sense 9.0 out of the box.