Home HTC HTC unveils HTC U11+ and HTC U11 Life in Taipei. 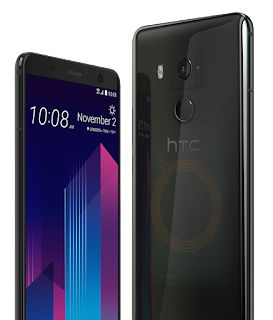 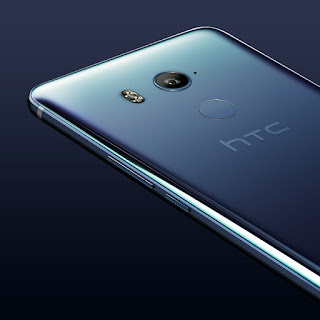 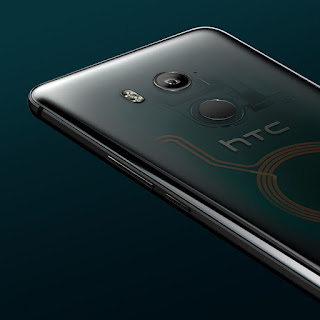 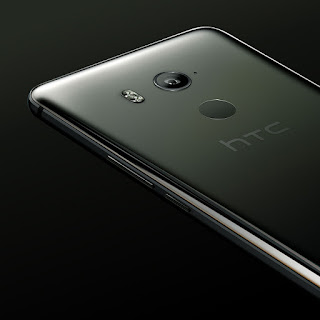 HTC U11+ is now built out of Liquid Glass back with tri-axis curves and comes in three colors with Translucent Black, Ceramic Black, and Amazing Silver.It is having a similar design as the HTC U11 and the only change is with the display.Now the HTC U11+ is having a nearly bezel-less display at the front with thick bezels on top and bottom of the display.On the top of the display, we have the Selfie camera with Sensor and Earpiece and nothing below the display.On the right, we have the Power key with Volume rockers above it.At the back, we have the Single camera with Dual Tone Dual LED flash and fingerprint sensor below it with HTC Branding below the fingerprint scanner.It weighs 188 grams and is 8.5 mm thick.

HTC U11+ sports 6.0 inches QHD+ Super LCD 6 display having a resolution of 2880*1440p having an aspect ratio of 18:9 with Corning Gorilla Glass 5 on top for protection.Do note there are no physical home button or navigation button instead it comes with on-screen navigation button. 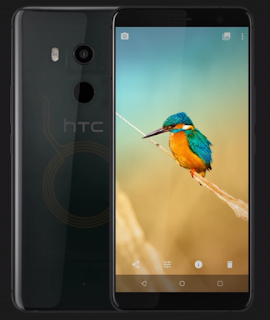 HTC U11+ is powered by the same SD835 coupled with 4GB/6GB RAM and 64GB/128GB storage version which can be expanded via microSD card up to 2TB.It comes with a single 12MP rear camera with an aperture of f/1.7, HTC UltraPixel 3, BSI Sensor, OIS, Dual LED flash, 4 mics with Acoustic Focus recording and can record videos up to 4K.The front camera is of 8MP having an aperture of f/2.0, BSI Sensor, and capable of video recording up to 1080p.There is also Edge Sense feature which made debut with HTC U11 earlier this year.It also comes with U-Sonic earphones within the retail package. 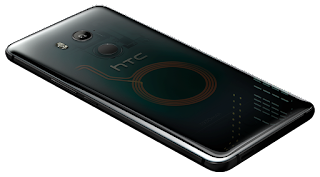 Connectivity option includes Dual SIM with 4G VoLTE support, Dual Band Wifi, A-GPS, GLONASS, Bluetooth 5.0, NFC, and USB Type C port at the bottom of the device.It is fueled with 3930 mAh battery with QC 3.0 support and runs Android 8.0 with HTC Sense UI on top.It also has an IP68 rating which makes the device dust and water resistant.The HTC U11+ is priced at 799 Euro (Rs.61,000/-) in Europe and will be available in selected markets including India. 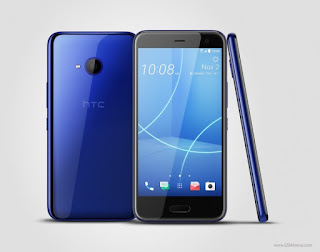 HTC U11 Life is also having the same Liquid Surface design which we saw on all U series smartphone from HTC.The back comes with Acrylic Glass which is highly durable.It weighs 142 grams and is 8.1 mm thick.At the front, we have the thick bezels on all sides. At the top of the display, we have the selfie camera, sensor, and earpiece.Below the display, we have two capacitive buttons with one physical home button which doubles up as a fingerprint scanner.At the back, we have the single Camera with LED flash and HTC branding below the camera module.At the bottom of the device, we have the USB Type-C port with a secondary mic.On the right, we have the power button and Volume rockers above it.Sadly there is no 3.5 mm audio port on this device too.

The HTC U11 Life comes with 5.2 inches FHD Super LCD display covered with Corning Gorilla Glass for protection.It is powered by SD630 chip coupled with 3GB/4GB RAM and 32GB/64GB onboard storage which can be expanded via microSD card up to 2TB. The 3GB RAM version is exclusive to North America. 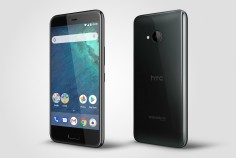 Connectivity option includes Dual SIM/Single SIM country dependent 4G and VoLTE support, Dual Band Wifi, A-GPS, GLONASS, Bluetooth 5.0, NFC and USB Type C port at the bottom of the device.It is fueled with 2600 mAh battery and runs Android 7.1 with HTC Sense UI on top and Android One version is also running on same Android 7.1.1 with stock UI and will be updated to Android Oreo within next 30 days.It also has an IP67 rating which makes the device dust and water resistant.

So what do you think about the newest HTC devices with HTC U11+ and HTC U11 Life, did you like it? Do leave your thoughts in the comment section below.