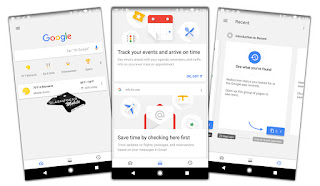 As per 9To5Google, did Google App APK tear down which revealed the new Edge Sense feature which was last seen on HTC U11 and now Google has named the feature as Active Edge according to Google App.With the helps of Active Edge, users will be able to launch Google Assitant as well as to access the settings just by squeezing the device.

The next feature is named as Routlines and is built on top of Google Assitant which will enable to multi-action initiation without giving any command for particular action.There is no mention of what kind of action will the feature will do, but will be able to link up multiple-actions and use only a single command to have them all completed, which is extremly helpful and will also able to connect with various other smart products which are Google Assitant compatible.

So we have to wait for few more days for the official annoucement of the upcoming Google Pixel 2 and Pixel 2 XL.